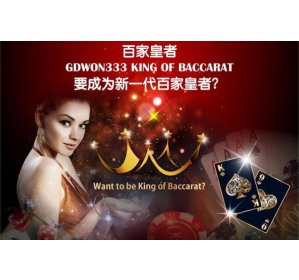 What is Online Baccarat Tournament

Online Baccarat Tournaments are simple enough to play in as long as you are familiar with baccarat terminology as well as general rules and Baccarat gameplay before you start.

Tournaments however do differ from standard online baccarat games as you will be competing against other players rather than just the house. The aim however remains the same and that is to accumulate as many winnings as possible. Each Baccarat tournament begins with a buy-in of some sort which allows each player to begin with the same number of chips. The entry fee also goes towards the prize pool on offer. Tournaments usually consist of several rounds comprised of a predetermined number of deals. The first round consists of multiple tables with winners advancing to the next round which is made up of fewer tables. The player with the most chips at the end of each round is declared the winner. It is however important to note that you do not need to increase your chip count in order to win, you just need to ensure that you have the most chips at the table, this means that you may need to alter your wagers and be conservative to stay ahead of the pack. Game play continues until there is a single table left and the winner of this round will be declared the winner of the tournament.

The first involves placing low value bets to begin with and conserving your bankroll. Towards the end of the round you are able to assess your standing in the game and then adjust your wagers more aggressively using your conserved bankroll to move up into the leadership position. The reasoning behind this strategy is that if there is a target to chase it is easier to determine what your betting levels should be.

Another strategy is based on the premise that it is impossible to catch up in a tournament and as such one should establish a lead as quickly as possible. Once a lead has been established you can relax and monitor your competitor's game play. If another player threatens your lead you can then begin to bet more aggressively. The downside to this strategy is that you may not have sufficient chips to allow for a second round of aggressive wagers.